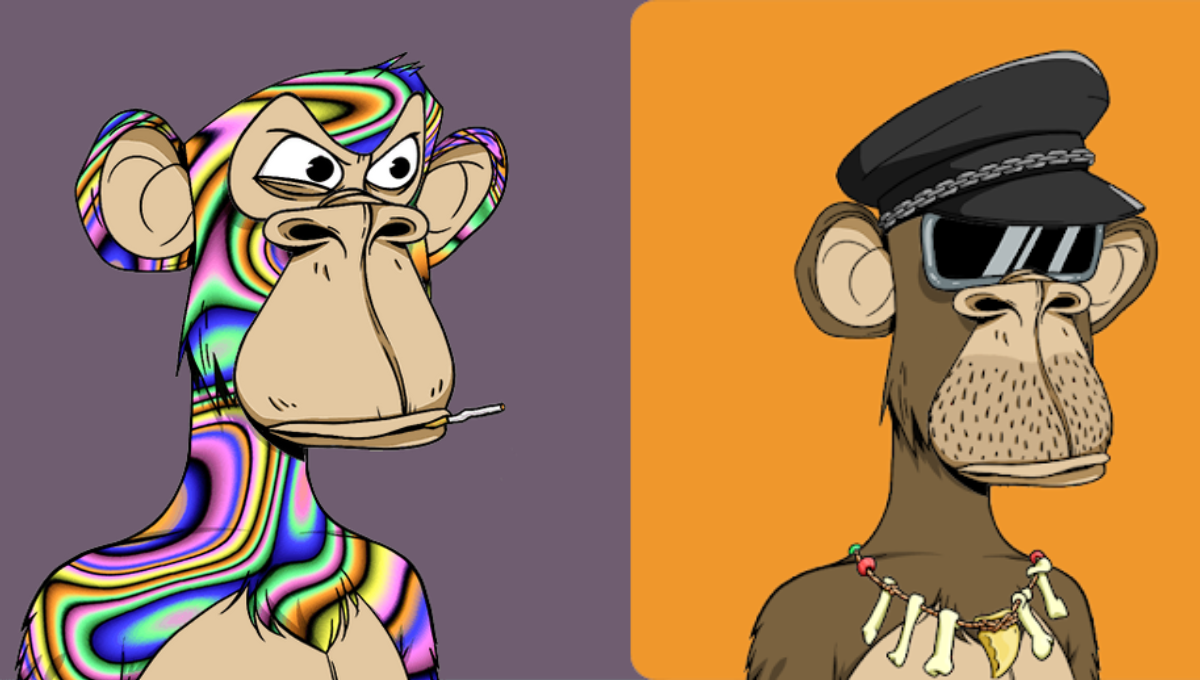 The Bored Ape Yacht Club is a collection of avatars that followed the Cryptopunks model. It was launched in 2021 and became one of the most successful collections of that time. In this post we tell you what it is about.

What is the Bored Ape Yacht Club?

The Bored Ape Yacht Club is a project consisting of 10,000 bored-looking monkeys minted as NFTs on the Ethereum blockchain. Created by Yuga Labs, these tokens give you access to exclusive benefits such as merchandising or “the bathroom”, a board where only owners can paint pixels.

As of the writing of this post, they have generated more than 232,000 ETH ($924 million) in sales volume, making them the second largest collection after Cryptopunks.

What types of Bored Apes are there?

Bored Apes are different from other apes. They have different types of traits and this is what makes them unique. Some have multiple traits in a single Ape. Traits are divided into 7 categories , which are:

All of the subcategories in this list are written in order of rarity , so the ones at the top are much less common . You can see all these categories in rarity.tools .

What is the most valuable Bored Ape?

The Bored Ape Yacht Club (BAYC) Roadmap is quite simple and easy to understand, but the results turned out to be quite impressive. The most notable things are promises to create exclusive content (such as a YouTube channel and own radio), along with exclusive merchandising for owners. Of the entire roadmap, the only thing that wasn’t fulfilled was a treasure hunt that depends on community participation.

At the end of the roadmap, mutations were made of the original Bored Apes themselves, which could be administered a serum, creating new NFTs. This led to the Mutant Ape Yacht Club.

Where can I buy Bored Apes?

Bored Apes are sold on their official website, but once they sell out, you can find them at Opensea.

The link to the page is: [link]

What is MachineFi NFT?

How To Use Rarity Tools To Find Best NFT?

Winter Monkes NFT Collection 2022 | All You Need To Know

Busy Bear Club NFT Explained | Must Check Out Before You Mint!